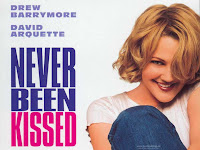 As the film reaches its logical climax and Drew Barrymore's character, Josie, unveils herself to the entire school that she is, in fact, a 25 year old reporter and that there is more to life then high school and prom and popularity I couldn't help but think...What a load of crap! We all know that there is nothing more to life other than high school, and prom, and popularity. That is life...the rest is just people wishing they were at a high school prom being popular. It sure beats the heck out getting up everyday and going to work and...blah, blah, blah. You know that old guy you work with...you know the guy...he's been there forever, he's about to retire, he has about 46 grand kids...Well, he would give all that up just to go back to high school and go to prom with "Cindy" the cheerleader one more time and bang her brains out in the back of his Dad's Chrysler. Am I wrong here?

I also call...Load of crap...on the first question Josie asks the high school kids when she first goes undercover, "What are your hopes and dreams?"....Hopes and Dreams...really Josie...hopes AND dreams (to some nerd girl I might add)...It couldn't just be hopes...or dreams...its had to be... hopes AND dreams. Josie, let me ask you a question...Why are you even encouraging this nerd girl...she shouldn't have any hopes and dreams...you should just tell her the truth...she is going to grow up and continue to be a nerd girl...that's it. Instead you ask her to tell you her dream. She says go to Northwestern. Yeah...right...Northwestern...sounds good...well, guess what... you can't go to Northwestern because some other girl was nerdier than you, got better grades, and took your scholarship. You're parents can't afford to pay the tuition. So what happens to nerd girl? Well, she goes to community college with her hair-brained dream floating in the back of her head to go to Northwestern...trying to get the grades up and possibly attract a scholarship she starts taking Ritalin to stay up a little later and study a little longer. After a while the Ritalin isn't enough so she starts snorting coke. She isn't exactly rich and can't afford the nose candy on her own so she has to do certain favors, undesirable favors to certain gentleman...and, well, you get the point...she is tossed out of the bottom of the porn industry, broke and pregnant...and she never turned out to be Meryl Streep... because being Meryl Streep was her dream too...her secret dream. Thanks...Josie...Thanks a lot for teaching me to dream! (For everyone out that there that doesn't read into sarcasm...I am being serious.)

Never Been Kissed feels like it didn't come out that long ago but watching it now I see that it is really, really nineties. Look out for a young Jessica Alba and James Franco. This movie was really cheesy in parts but Drew Barrymore gave her character some depth and made the movie enjoyable. Also, watching this made me realize I hadn't seen David Arquette in anything in awhile. Seriously, this movie is very, very nineties. It's so Rufus.

I drank a Kona Brewing Company Limited Release Porter called Pipeline with 100% Hawaiian Kona Coffee. This was an extremely dark beer with a slight coffee flavor and was overall pretty good. I am not a huge fan of dark beer but they blended it nice with the coffee. If you don't like coffee I say skip this beer (or man up and give it a try) but if you do like coffee and beer then I suggest you give it a try.

Watch if you liked....Drew Barrymore and high school comedies.

Chick Flick: 4 cartons of ice cream (out of 5)- for nostalgic purposes.
DVD: 0 pieces of milky chocolate (out of 5)- nothing on it besides the movie.
Beer: 4 manly high fives (out of 5) - for originality