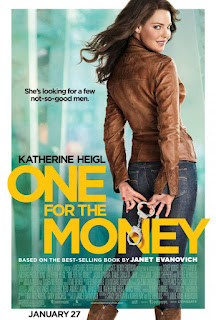 One for the money, two for the show, three to get ready, now, GO, CAT, GO! Seriously, you better go. I wouldn’t hang around. Get out while you still can. You still have time! Run…RUN! Run like your out on bail! Because, if you don’t, you might have to hang around and watch this movie. And, that’s not good for anyone! Believe me. I have seen it.

If your still are here, that is, if you are brave enough to hang around, then I’ll tell you a little about the movie. It stars Katherine Heigl as Stephanie Plum, a recently divorced and as-of-late unemployed Jersey girl. She is really down and out. The repo man came and took her car and she doesn’t know how she is going to pay her rent. She gets a job at her cousin’s bail-bond business and her first assignment is her high school crush, Joe Morelli (Jason O’Mara). The two have quite the checkered past. She enlists the help of Ranger (Daniel Sunjata) and the rest, as they say, is history.

This movie will probably be history soon (pun intended). It is based on a bestselling book, but if the book is any good I don’t think it translated too well to the big screen. And, honestly, I normally have a problem with Katherine Heigl, but she isn’t the real problem here. I wasn’t that big a fan of Morelli. I didn’t find his character that interesting. I really wished she would have quit chasing him and just busted a bunch of bad guys. The plot and writing left a little to be desired, as well.

For any Debbie Reynolds fans out there, you probably will have to watch this.  She doesn't come out of the woodwork too often and she is pretty funny as Stephanie's Grandmother.  For those of you who don't know who Debbie Reynolds is, then, well, you don't know who Debbie Reynolds is.  I will tell you that she is Princess Leia's Mother (in real life).  So, all you Star Wars fans can suck on that!  Wait, I'm a Star Wars fan.  I mean I don't dress up in the suit and go to Comic Con or anything, but...I'll just stop while I'm ahead.

So, in the end, my advice would be to skip this one all together. It isn’t that fun. And, even though it starts out OK enough. It gets really boring, really fast. Now, I’ll see you later. Go, cat, go. I don’t mean anything about cats leaving when I say this. Plenty of single women, have plenty of cats. Keep your cats. Give them a good home.

Beer Pairing Recommendation
This beer is horrible. It's just as bad as this movie. So, I think they go together perfectly. 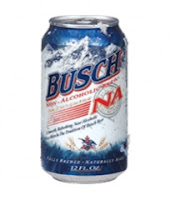 For more on the chick flick, visit IMDB