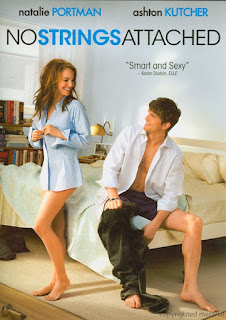 I was a little unsure of what this movie would be about. Maybe, it is some surreal hyper-realistic nihilistic science fiction film, set sometime in the apocalyptic future. It couldn’t be a chick flick. Not with Natalie Portman starring in it. Wait, she was in a chick flick. Remember, that one about heart and Walmart? So, maybe it is a chick flick after all. It does have Ashton Kutcher, in it as well. Or, Ashton Doucher, as I like to call him. Which should make it some wild ride!

Looks like the studios battled it out to have two chick flicks about friends being promiscuous hit theaters about the same time.(see Friend with Benefits). I mean this is a real high profile concept that people just couldn’t wait to see. Let’s get a couple of annoying actors to play the male leads and we have box office gold. Right? Wrong. If either of these movies made any money I would really be surprised. But, this one has Natalie Portman, so Star Wars Prequel fans…eat your heart out!

No Strings Attached is about Emma and Adam, played by Natalie and Doucher. They meet long ago at summer camp. He is a sort-of everyman, who just so happens to have a famous TV actor father (played brilliantly by Kevin Kline) and she is a weird, super-smart nerd. Their paths cross at numerous times throughout their lifetime until they both end up living and working in Los Angeles. Emma is a doctor, and Adam is an aspiring screenwriter/ assistant working on a “Glee” like television show. One day, Adam finds out his Dad is dating his ex-girlfriend, that in fact, they are in love, and has a breakdown. He gets drunk and ends up at Emma’s. At some point, because of his issues and her emotional unavailability, they decide to sleep together with no strings attached. Hence, the title of the movie.

Maybe, Asthon Doucher isn’t that bad of an actor after all. By the end, of the movie I kind of believe he is an everyday-sort-of nice guy. This is pretty hard for him to pull off, considering, we all know what a D-bag he really is. I found myself actually rooting for him. Natalie was pretty good as well. Although, I found it strange that she was even in this movie. I also found it odd how frivolously she had sexual encounters. I mean this is no way for a space princess to act! Luke and Leia are your children for goodness sakes! Then again, she did roll around in some field with Hayden Christensen, so, what do I know?

There are also some great supporting characters, and some pretty funny lines. Kevin Kline is excellent as Adam’s famous actor, drug-using Dad. Jake M. Johnson is also pretty great as his longtime buddy. Ludacris (I’m sorry…Chris Bridges) is in this as well for some reason. That in itself is actually…well…Ludacris.

The movie is directed by Ivan Reitman (Ghostbusters, Stripes) so it holds together pretty nicely, and is funnier than I would have suspected.


FORCE THE BOYFRIEND: 6 out of 10 (For some funny asides, and it has a male lead) 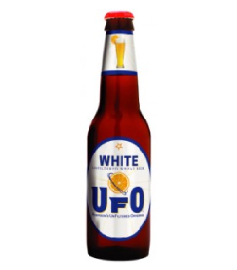